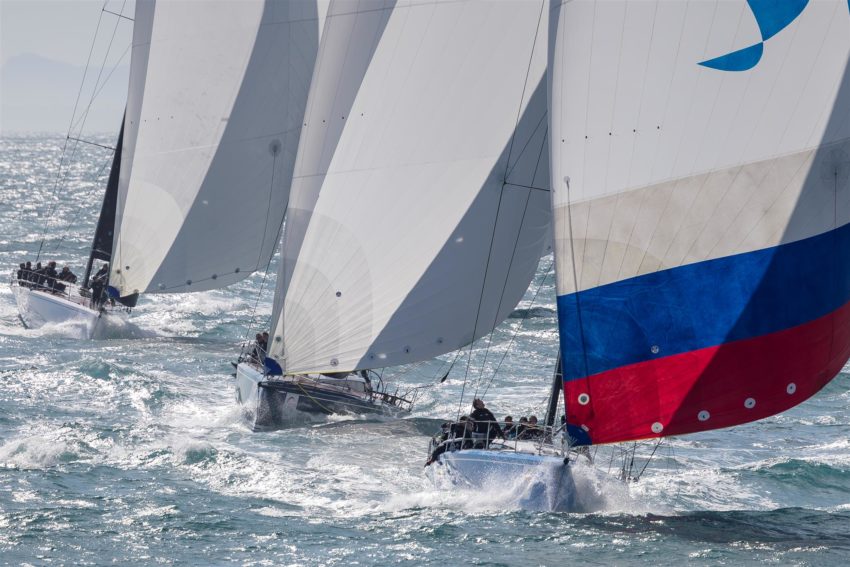 alberto.morici4 April 2019Comments Off on MONACO SWAN ONE DESIGN: 16 crews from 8 countries21.1k 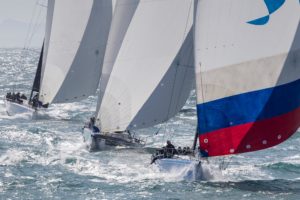 Some 16 Swans drawn from eight nations, are set to contest the second running of the Monaco Swan One Design due to begin next week. Scheduled from 9 to 13 April, and hosted by the Yacht Club de Monaco, the regatta will witness the opening salvoes of The Nations Trophy Mediterranean League 2019.
THE MEDITERRANEAN LEAGUE

The Mediterranean League was first held last year and Monaco is once again a popular choice as the first location in the four-event series. This year, the main road in the world of Swan One Design racing leads towards the highly-anticipated second, biennial Nations Trophy, due to be held in Palma de Mallorca in October, where a strong Swan One Design fleet will do battle for individual glory, within their classes, alongside competing for the honour of their country. Monaco Swan One Design is the first, important step on a season-long road

With eight ClubSwan 50s, four Swan 45s and four ClubSwan 42s expected at the Monaco Swan One Design, Enrico Chieffi, Vice-President of Nautor’s Swan, expressed the Finnish boat-builder’s delight at the continuing enthusiasm for regular one design competition among Swan owners. “We are committed to providing our Swan One Design fleet with the very best racing opportunities on an ongoing basis,” explains Chieffi, who continues, “The success of the Mediterranean League is confirmed by an increase in yachts interested in taking part from the outset. We are very excited to be returning to Monaco and its magnificent yacht club. It promises to be an excellent first event and a competitive series. Everything augurs well for The Nations Trophy itself later in the season.”

Crews that led the way at 2018 event are slated to return to the Monaco in 2019, including the three individual

class winners: Leonardo Ferragamo’s Cuordileone (ClubSwan 50, Italy), Luís Senís Porrón IX (Swan 45, Spain) and Lorenzo Mondo’s Far Star (ClubSwan 42, Italy). It will not be plain sailing, particularly in the ClubSwan 50 class, where Swiss entry Mathilde, owned by Morten Kielland, lost out to Cuordileone by a mere, single point at the same event a year ago. Stefan Heidenreich’s German crew on Onegroup will be looking to continue the run of form that secured the ClubSwan 50 World Championship in Porto Cervo, in September.

Porrón IX, with back-to-back Swan 45 World Championship wins, looks a tough opponent to crack, but Valter Pizzoli’s Ange Transparent (Switzerland), which finished second in the in Monaco in 2018, proved herself capable of beating her Spanish rival on more than one occasion. The ClubSwan 42 class is probably the most open. With Far Star the only entry to have competed in either Monaco or at the Europeans last year.
The countries represented in Monaco will be Belgium, France, Germany, Italy, Russia, Spain, Switzerland and the United Kingdom. The Nations Trophy Mediterranean League was launched to foster the spirit of gentlemanly competition engendered by the original, eponymous event. Adding further excitement to the concept, the results of the 2018 and 2019 Mediterranean Leagues will impact upon the final result of The Nations Trophy 2019.

At every League event, each nation’s position is based upon the combined results of their two top-performing boats across the three classes. The best-placed nation in both the 2018 and 2019 Leagues receives one bonus-point to be added to its overall points score at The Nations Trophy in October. If the same nation wins both Leagues, it will receive two bonus points. Last year, it was Italy that the dominated to secure the League title and all-important bonus point. 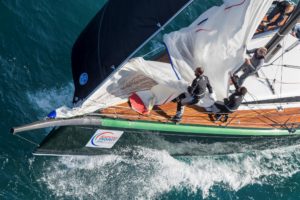 The Nations Trophy, scheduled for October, is already shaping up to be an impressive event. More than 40 Swan One Design yachts are expected. Some 18 ClubSwan 50s, including the latest launches, will participate and, as things stand, the entire Nations Trophy fleet will represent over 12 countries.

Aside from the racing, 2019 is special year for Swan One Design in the design and production arena too., The hugely anticipated first appearance of the brand new ClubSwan 36 is planned during Scarlino Swan One Design. The occasion will be a first opportunity to see the prototype ClubSwan 36 and to gain a closer look at the rig and foil innovations that make this project so significant.

CLUB SWAN 36
The ClubSwan 36 is the second one Swan One Design collaboration between Nautor and Juan K. Come October, five will be present in race trim competing for their country at The Nations Trophy and the inaugural class European Championship.

Nautor’s Swan is also excited to be introducing two new partners to the world of Swan One Design: Marevivo, an organisation committed to the protection and enhancement of marine environments; and Sease, an eco-friendly line of menswear also engaged in reducing environmental impact. “We are glad to start a new chapter for our regattas. ‘Be sustainable’ will be an essential aspect of the organisation and development of our events,” commented Giovanni Pomati, Nautor’s Swan Group CEO. “We want to encourage sustainable and ethical behaviour, making a positive impact on our planet and preserving it for future generations”.