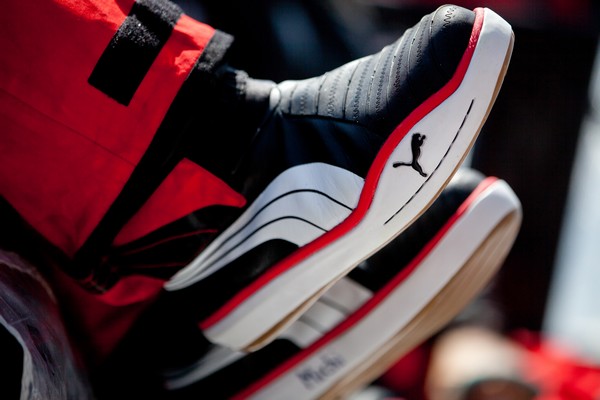 alberto.morici3 Novembre 2011Commenti disabilitati su Nortek provides new navigation capability to PUMA0785
Nortek announced today that it has collaborated with the PUMA Ocean Racing team to develop a modified compact Doppler Velocity Log (DVL) for PUMA’s Mar Mostro Volvo Open 70 yacht competing in the Volvo Ocean Race 2011-2012. The project, which was completed over the course of the past year, has resulted in the successful integration of boat speed, leeway and in-situ ocean current readings. Translation: a secret weapon in the battle to go as fast and efficiently as possible. “The collaboration between Nortek and the entire PUMA team has resulted in an tool that provides unique information to the sailing crew.  They can now measure leeway, a first in sailing, and use it to measure ocean currents much more precisely than ever before,” said Atle Lohrmann, CTO of Nortek.
Nortek started developing this capability during the 2008 Star class Olympic trials with the Norwegian team skippered by Eivind Melleby, also a veteran of the Volvo Ocean Race. Nortek went on to work with the TP52 ocean racing team Caixa Galicia with a predecessor to the existing sensor with Caixa navigator Robert Hopkins.

“This is the biggest advancement in sailing instrumentation since the invention of the GPS,” said Hopkins, who runs performance testing for PUMA and worked with Nortek on the project. “Nortek adapted their new DVL technology to our sailing performance needs, to measure very high speeds along the boat’s track and very low speeds across it. With Nortek’s history of deploying instruments on buoys in hostile Arctic conditions, we knew that we could trust the Nortek DVL in a race around the world.”

Leeway is the sideways skidding angle a boat makes as it sails forward. Leeway can be changed on a Volvo Open 70 yacht by adjusting the daggerboard immersion and canting the keel. The adjustable daggeboards and keel act like wings underwater to counteract the force of the sails. The crew relies on Nortek DVL leeway measurements to optimize PUMA’s Mar Mostro performance at all times, providing the core data upon which every other performance measurement is based.

“I can’t tell you how important it is to finally know how fast the boat is going in all conditions. We really feel this is the first time boat speed has been accurately measured without using various types of cumbersome and complex tables within the boat’s instrumentation. It’s a huge factor for something as simple as a sail change or as complex as routing,” said Ken Read, skipper of the PUMA Ocean Racing team. “Nortek and our entire team, especially the shore crew, worked diligently to make this project a reality. The technology already helped us to win the Transatlantic Race in July, and it will be a key component as we race around the world.”

The Nortek DVL uses acoustic techniques to measure water velocity along each of the four beams.  The sensor is mounted in the bottom of the lead bulb of the keel. The acoustic beams are oriented forward, aft and abeam.  Data from each beam is streamed to the on board computer which also receives data from the inertial motion sensor and the keel cant angle sensor. Velocity and orientation measurements are then used to output true forward boat speed and leeway. Real time currents can be directly estimated by differencing the GPS boat speed over ground and the boat speed through the water.

Similar systems were developed for the seismic survey fleet and Nortek recently delivered the first operational navigation system to Fugro-Geoteam in Oslo to be mounted on two Barovane seismic diverters.  The diverters keep the towed acoustic streamers separated and like the Puma-DVL, the system measures the angle of attack, the through water speed and ocean currents near the surface.  The difference was the space available for the acoustic transponder.  “We worked very hard to miniaturize the DVL unit that was installed aboard PUMA’s Mar Mostro,” stated Lohrmann.

The project is an important milestone for Nortek because it demonstrates how well the acoustic Doppler technology performs in very challenging conditions and that the system can be fully integrated into modern navigation systems. The fact that the PUMA Ocean Racing technology team was able to integrate the DVL with other sensors on the boat is a testament to the quality and sophistication of modern yacht racing. 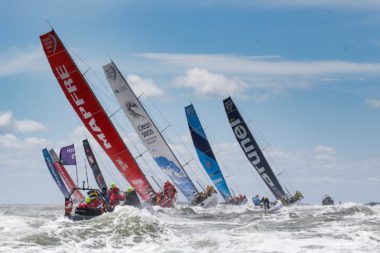 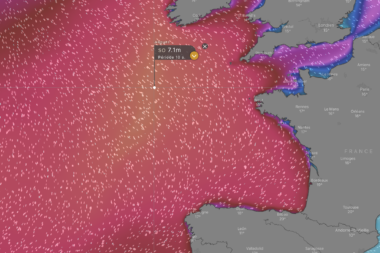 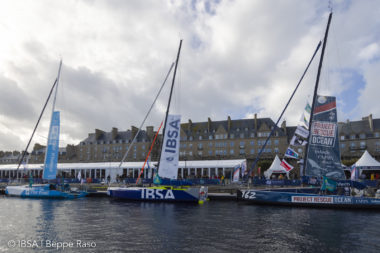 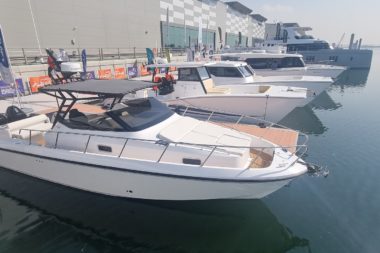