Race I on the 13th of August 2011. Results: it’s WHISPER!
Under a beautiful Maine sky and fair breezes the Shipard Cup fleet saw a great day of sailing. After a one hour delay to let the breeze build to a pleasant 10-15kts, the staggered start spread the fleet out over 52 minutes. After 3 hours of racing on a delightful afternoon WHISPER grabbed top honors for the day with WHITEHAWK and SUMURUN not far behind. The finish offered a bit of excitement watching VIRAGO, SCHEHERAZADE and ISOBEL battle it out for 4th place with SCHEHERAZADE and VIRAGO exchanging leads several times in the closing meters to the finish. The final order of finishing was: WHSIPER(116′), WHITEHAWK(92′), SUMURUN(94′), VIRAGO(100′), SCHEHERAZADE(154′), ISOBEL(76′), TENACIOUS(115′), and CHRISTOPHER(150′).

SCHEHERAZADE WINS RACE II on the 14th of August 2011, WHISPER OVERALL WINNER
When the Sunday breeze built to a solid 8-10kts, first gun at 13:00 gave the start to the second and final day of Shipyard Cup racing.  The staggered start saw some early strategy as Isobel followed by Whisper then Virago diverted from the track of the earlier starters in the hopes of finding a lift from the southern tip of Southport Island en route to the first turning mark.

By the time the fleet was headed for home the low cloud ceiling was reducing visibility and the air became very light. The first to emerge from the fog was SCHEHERAZADE who led the fleet most of the way to top day 2 honors.   The crowd of spectators, including quite a number that worked on the SCHEHERAZADE build, could not have been happier to cheer the hometown favourite.

Hodgdon Yachts President, Tim Hodgdon added:  “This year’s Shipyard Cup was another fantastic event with an impressive fleet of world class sailing yachts.  It was incredible to witness WHITEHAWK racing SCHEHERAZADE, both vessels from the hand of Bruce King, both extraordinary sailboats.  WHITEHAWK probably the first large boat designed by Bruce at the beginning of his career, SCHEHERAZADE the last, with a tremendous portfolio in between.  The two boats are 30 years apart in design, of varying styling but with equally beautiful ketch sail plans.  These are two of the world’s most magnificent sailboats”.

About Shipyard Cup
The Shipyard Cup began in 2002 with support from founding sponsors Hodgdon Yachts of East Boothbay, Maine and Boothbay Region Boatyard of Boothbay Harbor, Maine and today is a spectacular weekend long event showcasing the best of Maine and the Boothbay Region. With several billion dollars worth of boats competing for top honors, The Shipyard Cup like many other big boat races is held in the “Corinthian” tradition celebrating the “true spirit” of yachting. 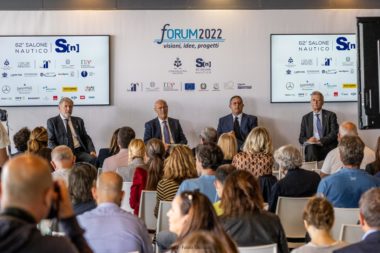 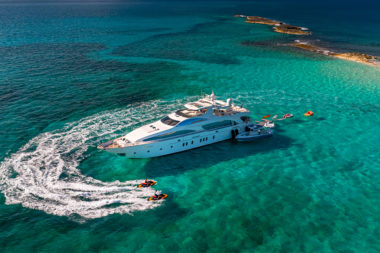 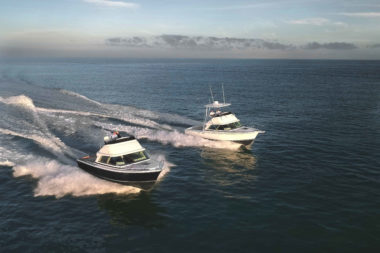 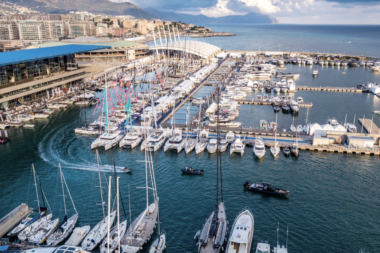 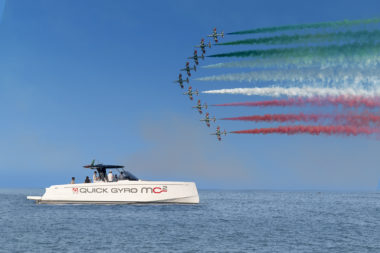