Vicem Yachts is growing up in business and in constructions

alberto.morici26 Giugno 2012Commenti disabilitati su Vicem Yachts is growing up in business and in constructions0852
In 2010 Vicem Yachts embarked on a development program for the new Vulcan Line of mega-yachts over 100’/30 meters with the sole resources of internal capital financing. Vicem is undertaking an important business expansion plan and is enlarging its horizons beyond mahogany construction into high-tech composite construction with three new sleek, fast yachts, including a 46m/151’ , 35m/118’ and 32m/105’ for its Vulcan Line. All three yachts will be launched in the 2012.
In order to continue with speeds in the 20 plus knots range and keep draft as shallow as possible for USA/Bahamas operation, Vicem decided on Cored Fiberglass construction for this series. The first step was joining forces with Dutch naval architect/designer Frank Mulder who has designed many well known fast mega-yachts worldwide. To utilize the state of the art in fiberglass yacht construction, Mulder specified Core-Cell and Epoxy resin for the entire structure. Core-Cell has the best characteristics of any core material for “off gassing”, insuring a finished hull and superstructure that can be painted in any color. The hull and superstructure are also post-cured with large heat blankets after lamination, ensuring a fair and smooth appearance with any color.

The Vulcan Line yachts are built in a state-of-the-art facility in Antalya, Turkey. Composite materials, applied with resin and sandwich techniques, are chosen to achieve the best possible strength-to-weight ratios.  All Vicem plants are clean, pleasant factories without unhealthy vapors that exist in other yacht building factories that use cheaper polyester resins that are loaded with unhealthy styrene. Even the Vicem Classic and Cruiser lines utilize the more expensive and sophisticated epoxy resins in construction.

Integral tank construction was also introduced with the new Vulcan series, which provides more internal room for accommodations and the ability to carry more fuel for oceangoing trips at lower speed. Frank Mulder designed fast hulls for this Vicem Vulcan series with a fine entry for rough sea conditions that are also very fuel efficient at slow displacement speeds. RINA certification was always available on Vicem Yachts. On the Vulcan series RINA and MCA are part of the project, which brings Vicem to a new level for offshore cruising and chartering.

“We want a reputation as a builder of light, beautiful and fast hulls” says Sebahattin Hafizoglu, Vicem Yachts Founder – Chairman of the Board of Directors. “Vicem is entering the super-yacht segment with serious ambitions and with no compromise/highest quality building materials and technologies that compare favorably to Northern Europe Shipyards.” The 46-metre super-yacht has involved Dutch naval architect Frank Mulder and noted interior design firm Art-Line Interiors.

“On a boat this size, with such high expectations of performance, the choice of the ‘right’ naval architect was an important one. Nobody has as rich an expertise as Frank Mulder does,” says Hafizoglu. Vicem are so pleased with Mulder’s work that we are also building a 32-metre and a 35-metre to his designs.” – “Frank Mulder, known for high-speed yacht hulls like Octopussy, Moonraker and The World Is Not Enough, designed the new Vicem Viulcan super-yacht outline, mandating the lightest and most advanced materials. The yachts will be launched in the 2012.

The yard has also strong collaborations with the most prestigious yacht  design “gurus” like  Wetzels Brown Partners and Ken Freivokh. 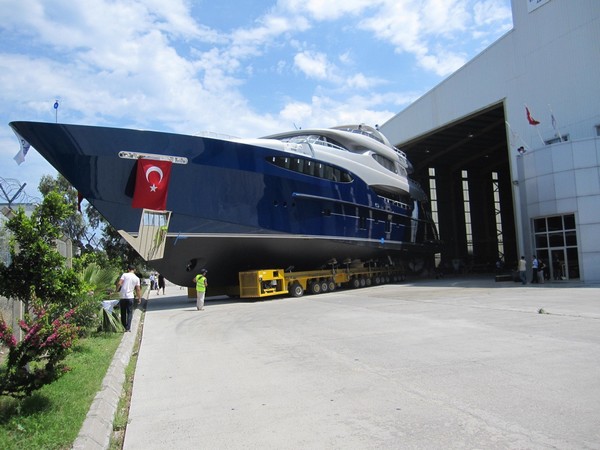 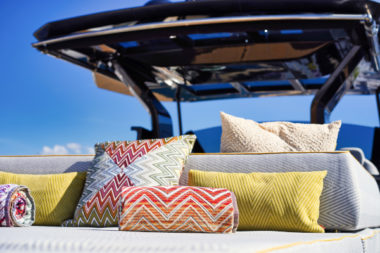 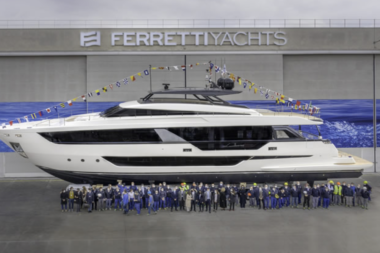 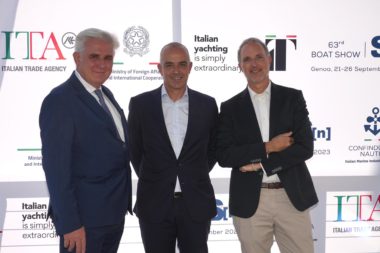 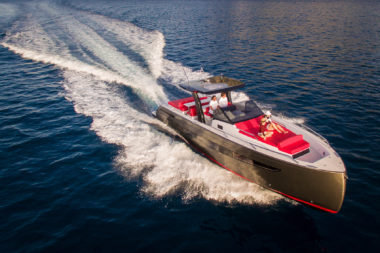 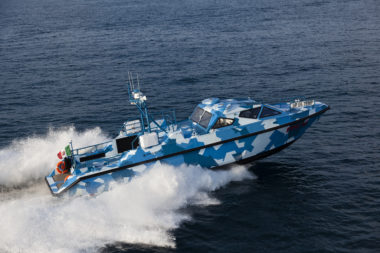